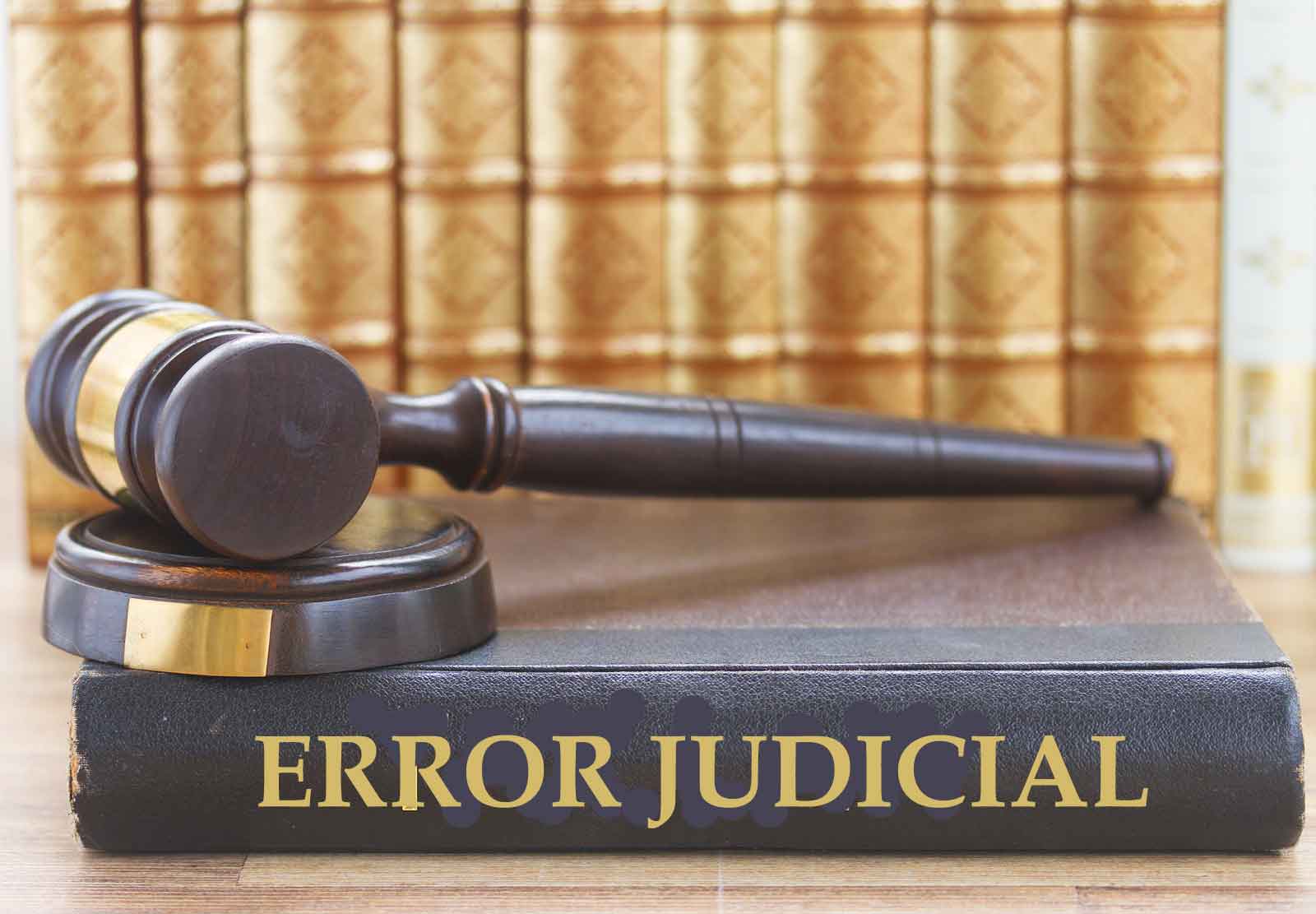 It cannot be disputed that in most democracies, judicial decisions have far reaching public consequences. In that sense, the relationship between the public and the Courts is different from all other institutions. How is this relationship different and special? As Justice Rosalie Silberman Abella remarked, “Judiciary is accountable less to the public’s opinions and more to the public interest. It discharges that accountability by being principled, independent, and impartial. Of all the public institutions responsible for delivering justice, the judiciary is the only one for whom justice is the exclusive mandate.” The value of judicial integrity in carrying out this mandate therefore, cannot be disregarded at all.

At the same time, it cannot be denied that judges are sometimes the subject of unfair integrity criticisms on the basis of their decisions. There is no doubt that a judgment, an order or the whole decision-making process can be criticised on merits but can legal errors committed by a judge constitute judicial misconduct? If yes, when can legitimate questions regarding the breach of judicial integrity be raised on the basis of legal errors committed by a judge? Further, can mere suspicion lead to the establishment of judicial misconduct?

The Supreme Court, in the recent (February 2020) case of Sadhna Chaudhary vs State of UP dealt with the aforementioned questions. This article aims to analyse the said judgment from a theoretical and comparative perspective.

The dismissal of the appellant was recommended by the Committee after a perusal of certain orders delivered by her during her stint as Additional District Judge at Ghaziabad. The first charge against the appellant stated that in Lile Singh vs State of UP, the appellant acted illegally and against all “judicial norms” and propriety by awarding to the claimants solatium, additional amount and interest over and above the rate at which two other claimants had entered into compromise which was inclusive of such other benefits at an enhanced rate of Rs.265/ per sq. yard as against Rs.74.40 determined by the S.L.A.O. for land area 276 Bighas 12 Biswas and 15 Biswansi, unduly awarded an additional amount of Rs.47,73,39,903.86. This, according to the Committee led to an inference that the appellant had acted on extraneous considerations and thereby breached Rule 3 of UP Govt. Servants Conduct rules 1956.

The appellant appealed against the said dismissal before a division bench of the Allahabad HC. The Allahabad HC decided against the appellant by holding that in Lile Singh vs State of UP, the appellant had wrongly relied upon a compromise deed of two other claimants to enhance compensation even though such reliance was incomprehensible owing to the statutory bar of Section 11(3) of the Land Acquisition Act, 1894. Further, the HC noted that in Umesh Chandra vs State, the appellant as a judge illegally disregarded exemplars filed by the respondents, including one of her awards in previous cases.

According to the Court, these errors were not merely “errors in judgment” but “deliberate errors” guided by extraneous consideration and therefore, constituted judicial misconduct. Lastly, the Court opined that although it was settled law that the final decision made by a judicial officer was of no relevance for purposes of disciplinary enquiry, the legality and correctness of the decision-making process as well as the conduct of the officers in discharge of their duties ought to be considered. The appellant appealed against the said judgment in the Supreme Court.

Arguments raised by the Parties

The appellant contented that the High Court failed to truly analyse the ground for dismissal as the charge sheet made no allegation of the ’decision making process’ being illegal. It was further highlighted that the charge sheet on record did not indicate any receipt of illegal gratification or any allegation of the appellant being swayed by extraneous considerations. Moreover, no material or witnesses to cast doubts upon the decision ‘making process’ were adduced. Even otherwise, it was pointed out that it wasn’t in the domain of the enquiry committee to determine the appropriateness of the substance of the judicial order. This task belonged to the appellate court.

With regards to the alleged “deliberate” legal errors committed by the appellant, it was contended that the High Court erroneously held that the appellant had illegally relied upon compromise deeds while authoring the order in Lile Singh, for the supposed bar under Section 11(3) of the Land Acquisition Act was applicable only to awards by Collectors. Reference Courts were guided by distinct legal provisions under Sections 23 and 24, per which compromise deeds were not excluded.

With reference of Umesh Chand, it was argued that the deviation stated by the appellant was a result of substantial development and increase in prices which took place in the interregnum and was sufficiently backed by documentary evidences produced by the claimants. The enhanced compensation (by 60%) which was found to be a “blunder” by the judicial enquiry committee was further enhanced to Rs 297/sq yd by the Apex Court in an SLP filed by some other claimants.

The respondents, on the other hand, sought to restrict the scope of the proceedings by highlighting the the limited scope of interference in matters of domestic enquiry where the allegations founded upon specific facts have been proved. It was further contended that since the appellant had the opportunity of being heard and place written submissions on record, it was not open for her to seek re-determination of her case through the Apex Court, after her detailed replies were considered and rejected by the High Court (which has exclusive jurisdiction over the sub-ordinate courts in the state). Lastly, it was contended that the appellant prima facie failed to justify her conduct and the full court along with the enquiry committee applied their minds to pass a reasoned order which unequivocally concluded that the appellant had acted in a reckless and arbitrary manner.

Judgment of the Court

The fundamental question before the court in the instant case was to analyse whether the aforementioned orders delivered by the appellant were inspired by extraneous considerations instead of applicable law and facts.

Interestingly, the Court began its analysis by acknowledging the principle that the end result of the judicial process does not matter, and what matters is only the decision-making process employed by the delinquent officer. This principle, as per the Court, was clearly needed to ensure independence of the judiciary and rule of law.

At the same time, the Court acknowledged, by referring to a number of judgments, that judicial officers must be above suspicion and possess integrity of the highest order. Thereafter, the Court stressed upon the need to balance these two principles and remarked that:

“We are also not oblivious to the fact that mere suspicion cannot constitute ‘misconduct’. Any ‘probability’ of misconduct needs to be supported with oral or documentary material, even though the standard of proof would obviously not be at par with that in a criminal trial. While applying these yardsticks, the High Court is expected to consider the existence of differing standards and approaches amongst different judges.”

Moving on from the broader principles at play, the Court also paid careful attention to the fact that one of the orders that formed the basis of the charge against the appellant had been appealed before the High Court, which rejected the said appeal. Interestingly, the other order was challenged before the Apex Court in the past, which after consideration on merits, not only affirmed the order but enhanced the compensation.  According to the Apex Court, the essence of this fact was that the very basis of the charge against the appellant had fallen flat.  Meaning thereby, it could no longer be said that the appellant committed a legal error let aside the question of extraneous considerations. The Court further observed that:

“We can find no fault in the proposition that the end result of adjudication does not matter, and only whether the delinquent officer had taken illegal gratification (monetary or otherwise) or had been swayed by extraneous considerations while conducting the process is of relevance. Indeed, many a times it is possible that a judicial officer can indulge in conduct unbecoming of his office whilst at the same time giving an order, the result of which is legally sound. Such unbecoming conduct can either be in the form of a judge taking a case out of turn, delaying hearings through adjournments, seeking bribes to give parties their legal dues etc. None of these necessarily need to affect the outcome. However, importantly in the present case, a perusal of the charge sheet shows that no such allegation of the process having been vitiated has been made against the appellant.”

For the aforementioned reasons, the Apex Court ruled in favour of the appellant and decided to reinstate the post-retirement benefits due to the appellant.

Although brief in its analysis, the importance of this judgment cannot be undermined. The Hon’ble Apex Court has laid down some important principles with regards to the puzzling question of legal errors and judicial misconduct. However, if we were to point out some of the most important principles, they would certainly be:

1) Legal errors would amount judicial misconduct when it can be shown that the decision-making process itself (and not the end result of such process) was rash, hasty and inspired by extraneous considerations.

2) Mere suspicion would not constitute judicial misconduct. Any charge of judicial misconduct would have to be proved by oral or documentary evidence. even though the standard of proof would obviously not be at par with that in a criminal trial.

3) Differential judgment standards of different judges must be kept in mind by Courts when deciding upon matters of judicial misconduct.

Interestingly, these principles have strong foundations in the United States wherein Courts over the course of years have developed a well-defined approach in questions relating to legal errors amounting to judicial misconduct. From a general point of view, “the reasonable judge” standard is applied to analyse whether legal errors escalate into judicial misconduct. The Maine Supreme Judicial Court, in the case of In Re Benoit held that:

“a judicial decision constitutes a violation if a reasonably prudent and competent judge would consider that conduct obviously and seriously wrong in all the circumstances.”

In specific terms, to see if the judge made a decision in bad faith (which was what was alleged in Sadhna Chaudhary), the Courts in the United States have ruled that that a judge’s legal ruling may be found to have violated the code of judicial conduct only if the action is contrary to clear and determined law about which there is no confusion or question as to its interpretation and the legal error was egregious, made in bad faith, or made as part of a pattern or practice of legal error.

The essence of this principle is somewhat similar to what was stipulated by the Apex Court in Sadhna Chaudhary i.e. legal errors would amount judicial misconduct when it can be shown that the decision-making process was inspired not by the applicable law but by bad faith and extraneous considerations.

Lastly, even from a theoretical perspective the observations of the Apex Court must be appreciated. By setting out these principles, the Court has ensured that there is a fine balance between preserving judicial integrity and preserving judicial independence. Judicial decisions would invariably hit the sentiments of one group or the other. However, as long as the decision- making process was free from apparent legal errors made in bad faith, the merits of such decisions are a subject matter of review for appellate courts and not disciplinary commissions.

Cite as: Anushka and Shashwat Awasthi, ‘Confronting the Puzzling Question of Legal Errors and Judicial Misconduct: Sadhna Chaudhary vs State of UP’ (The Contemporary Law Forum, 27 April 2020) , <http://tclf.in/2020/04/27/confronting-the-puzzling-question-of-legal-errors-and-judicial-misconduct-sadhna-chaudhary-vs-state-of-up/>, date of access.