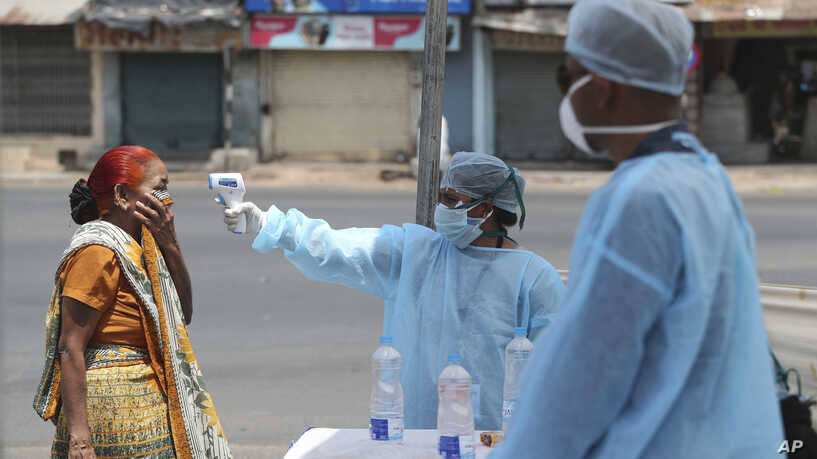 On 22nd April, the President promulgated the Epidemic Diseases (Amendment) Ordinance Act, 2020 (Ordinance). A much-awaited law that follows close on the heels of rising incidents of physical violence against frontline health workers now makes it a crime for any person to assault or manhandle healthcare professionals working to combat the epidemic.

Over the past six weeks, many columns appeared in newspapers and online blogs where commentators laboriously invested and applied legal scholarship to stamp the vintage epidemic law as a draconian diktat. However, one aspect of the colonial-era law that drew scant academic attention was the territorial extent of the legislation.

Before the amending Ordinance was passed, Epidemic Diseases Act did not apply to “the territories which, immediately before the 1st November, 1956, were comprised in Part B States”. Section 1(2) of the Act specified this exclusion.

With the passage of the Ordinance, Section 1(2) of the Epidemic Diseases Act is partially altered. In the amendment, the words “except the territories…. in Part B States” have been dropped from the provision. The deletion means that the law now applies to entire territory of India without exception. It is this very alteration of Section 1(2) that had so far escaped the public eye. Therefore, some discussion on the issue is merited for us to better understand the rationale behind the amendment.

Conceptualization of Part B States

At the founding of the Indian Constitution, the taxonomy of Indian States was heavily influenced by the nature of administration and autonomy enjoyed by them during the British Rule. To appreciate the classification, one must traverse through the constitutional history that led to the formation of Part B States.

In the pre-Independence period, Part A States was the former Governor’s Provinces under the dominion of Her Majesty. These States formed part of British India and fell under the direct management and control of the British authorities. Here, the British Authorities and the Courts established by the law of the Parliament enjoyed plenary powers in matters of legislation and issuance of writs respectively.

Part B States (like Saurashtra, Mysore, PEPSU, J&K etc.) comprised those States that were not part of British India as defined by an Act of the British Parliament known as the Interpretation Act 1889. During the British Raj, they were known as the Princely State or Indian States. In constitutional literature, political relationship of the Indian States with Her Majesty’s government has been characterized as the Paramountcy or Suzerainty of the British Crown. Under this doctrinal arrangement, the rulers of the Indian States accepted limitations on their powers that placed them in such a degree of dependence that for all intents and purposes the subjects of the rulers were the subjects of the British Crown. Till date, the political doctrine has been recapitulated in innumerable treatises, journals and judicial decisions.

A discussion on the exact nature and scope of the doctrine is, however, for a separate space and time. For the benefit of the readers, Sir William Hunter’s account can be reproduced to shed some light on the concept of Paramountcy.

Sir William notes that, “…The Government (British), as Suzerain in India, does not allow its feudatories to make war upon each other, or to have any relations with foreign States. It interferes when any Chief misgoverns his people: rebukes, and if needful removes the oppressor, protects the people and finally impose peace upon all.”

When the Constitution came into force, the Indian States were placed, under the now repealed, Part VII of the Constitution. That position continued until six years later, when the Constitution (Seventh Amendment) Act was passed to repeal Part VII and combine Part A & Part B States after their reorganization under a single head, contemporaneously known as the “States”.

Unlike Part A and Part B States that enjoyed some semblance of autonomy in matters of administration, Part C and Part D States were those territories that were centrally administered provinces under direct authority, control and administration of the British Crown. They had no established provincial legislature or executive during the British Rule. This absence of a provincial government automatically made the federal monopoly in matters of governance quite apparent that leaves very little room for elaboration. Delhi, Ajmer-Merwara and Andaman and Nicobar Islands are some examples of the Chief Commissioner’s Provinces that were classified as Part C and Part D States.

The Territorial Application: A Gaffe?

It seems rather odd that it took more than seven decades for the lawmakers to extend the territorial application of the Epidemic Diseases Act. Speaking today, there is a near total unanimity in the application of parliamentary legislations to individual States. Of course, some exceptions do exist but that should not detract us from the main proposition.

This makes the case of the quaint epidemic law, a curious one because it stands as one of those central legislations that didn’t apply to every portion of the Indian Territory. The curiosity is further augmented when the law is examined in the context of its partial territorial application within a single State. In other words, it applied to some districts, while not applying to others in the same State. In such a scenario, it is quite natural to inquire into the reasons behind the partial geographical application of the law to a State.

At this stage, the Constitution (Seventh Amendment) Act 1956 that ended the distinction of Part A, B, C and D States becomes relevant for the discussion. When States were restructured under this amendment, States were either merged with or absorbed by other States following numerous linguistic permutations.

In a seamless fashion, the rejig brought these areas under a single federating unit. However, there was still no uniformity in so far as the Epidemic Diseases Act was concerned and it was Section 1(2) of the very same law that precluded the creation of uniform conditions for the applicability of the Act. By reason of the exclusion set out in Section 1(2) of the Act, the law could not be applied to territories included in Part B States before the Constitution (Seventh Amendment) Act 1956.

Nonetheless, in areas where the central law didn’t apply in Karnataka, regional laws to deal with an outbreak of an epidemic — Mysore Act II of 1897 and Hyderabad Act XII of 1950 were already in force. Collectively, these laws armed the State with the power to enact CoVID-19 regulations.

The ingenious cumulative invocation of the three laws applicable to the State may have obviated the legal and enforcement difficulties for the government in arresting the spread of CoVID-19. However, rabbit was yet to be pulled out of the hat.

In 2011, the Karnataka State Legislature passed the Karnataka Repealing (Regional Laws) Act, 2011. Through this legislation several obsolete regional laws in force in different areas of the State were repealed. Among many laws repealed in the State, the Hyderabad Infectious Diseases Act 1950 (XII of 1950) applicable in the Gulbarga Region was also annulled.

The net result of the annulment was very clear. It caused a legislative vacuum in the Gulbarga Region of Karnataka where there was no existent law enacted by a competent legislature to fight the pandemic. It is to counter these difficulties that the promulgation of the Ordinance became necessary.

It still remains unknown if the State Government was aware about the gaffe. With the enactment of the Ordinance, that question is now beside the point. In a broader perspective, multitudinous difficulties could have surfaced on account of the territorial application of the law in a relatively narrow sense. Apart from administrative difficulties in knowing where exactly the law applies, actions taken by the enforcement bodies could have been doubted in constitutional courts since the steps and measures taken to prevent the epidemic inevitably entails a limitation on civil liberties. It is trite that restrictions on fundamental rights cannot be touched except through a legislative mandate. In such a situation, executive fiats alone would have been wrecked by the tide of constitutional rights and freedoms reserved to the citizens.

Before departing, it may be pointed out that in many areas included in Part B States (for example, PEPSU) the Act was already extended. However, there was still a pressing need for better national and regional cooperation and integration in fighting this pandemic. Hence, it was more preferable to have a united strategy in every sphere of state action, whether it is political, legal, social or economic. The Ordinance is only a necessary step in that direction.