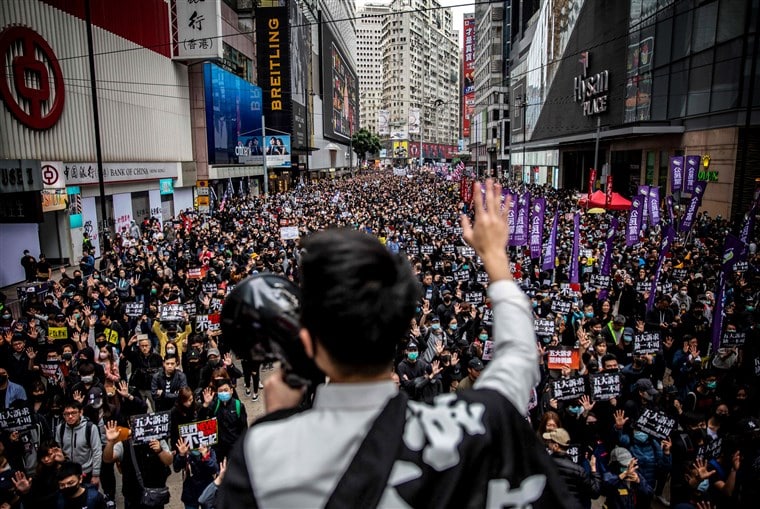 Hong Kong’s new national security law was approved by the National People’s Congress (NPC) on 28 May, 2020 with an overwhelming record of 2078 votes in favor out of 2885. The law seems to implicate the high degree of autonomy and unique set of democratic freedoms the citizens enjoy under the customized model of ‘One Country, Two Systems’ that gave Hong Kong 50-years of effective self-rule, even though it is a part of China. The law seeks to tackle secession, subversion, terrorism and foreign interference in the city.

The development has generated an enraged response from Mike Pompeo, Secretary of the State, US who released the following statement, “Hong Kong no longer enjoys the high degree of autonomy from China, and subsequently, this decision would render Hong Kong’s special trading status with United States useless.” This move could have serious repercussions on the economy of Hong Kong that has stood tall as the financial hub for investors, with China profiting from it the most.

Hong Kong became a part of China as the Hong Kong Special Administrative Region (HKSAR) after the termination of British lease in the region. According to the Sino-British Joint Declaration (also known as the handover of Hong Kong), China delegated autonomous powers and freedoms to the territory for a period of 50 years which are set to expire in 2047. The system retained fundamental freedoms, independence of the judiciary, and rule of law from Britain.

Another example of ‘One Country, Two Systems’ from China is that of Macau; a former Portuguese colony. Unlike Hong Kong, Macau has remained relatively unscathed by protests to safeguard its freedoms and autonomy since the handover to China. Recently, China has threatened to apply the same model in Taiwan, which the latter categorically rejected.

Protests over Extradition Bill and the Subsequent Anti-Mask Ban

This being said, the case of Kwok Wing Hang and Others v. Chief Executive in Council and Others (Kwok) decided on November 18, 2019, by HKSAR, Court of First Instance is one of the most important judgments in the constitutional history of Hong Kong and for democracies around the globe. In the said case, the court using its power of judicial review (one such value retained from the British Justice System) declared the Prohibition on Facial Covering Regulations (PFCR), also known as the anti-mask law as unconstitutional for being incompatible with the values enshrined in the Constitution of Hong Kong (Basic Law). PFCR prohibited the use of and made facial covering an offence under certain circumstances as enunciated under the law.

Lately, Hong Kong has witnessed widespread protests in opposition to the Fugitive Offenders and Mutual Legal Assistance in Criminal Matters Legislation (Amendment) Bill, 2019 (The Bill). The bill granted law enforcement agencies the power to extradite offenders to stand trials in mainland China. The bill was subsequently withdrawn given the widespread unrest it generated . With the growing instances of protests, Chief Executive in Council (CEIC) was forced to invoke Emergency Regulation Ordinance (ERO) for the first time in 52 years to introduce PFCR. As a relic of the British colonial-era, the emergency regulation was promulgated through an ordinance in 1922. Under S.2 (1) of the ERO, the CEIC is empowered to enact laws in public interest on the occasion of ‘emergency’ or ‘public danger.’

Constitutionality of Anti- Mask Law: The Test of Legality, Necessity and Proportionality

An application for judicial review of the law was filed by two dozen opposition members of the Legislative Council challenging the legality and constitutionality of both ERO and PFCR respectively. The court declared that PFCR is an unlawful delegation of legislative powers to the executive under ERO, as it fails to justify the unnecessary interference in the fundamental rights of the residents beyond the situation of an emergency. HKSAR v. Yeung Ka Sing Carson explains the rule of statutory construction which requires that any abrogation or restriction of the fundamental rights by a statute must be done unmistakably, that is expressly or by necessary implication.

The ERO under S.2 (1) grants powers to CEIC to make regulations on the occasion of emergency or public danger. Further, S.2 (2) states the list of rights on which restrictions can placed by the regulation. However, the author contends that both the sub-sections do not in any way relate to subjects of protests and assemblies. In the absence of any mention of these two subjects in express terms or by necessary implication, the very existence of PFCR becomes dubious.

Further, the court declared PFCR as unconstitutional as Sections 3 and 5 of the statute put unnecessary restrictions on the set of freedoms of the residents. S.3 lays down the circumstances under which any facial covering becomes an offence and S.5 grants the power to ‘any’ police officer to remove the facial covering in a public place on the fulfillment of grounds mentioned under S.3. There are four circumstances under which facial covering is treated as an offence under S.3. These are: (a) unlawful assembly, (b) an unauthorized assembly, (c) a public gathering, and (d) a public procession.

Any restriction on freedoms enshrined under the Basic Law must pass the four-step proportionality test laid down by the court:

S.3 (1) (a) engages with rights that could be reasonably restricted for public order and safety under S. 2(2) of ERO. These restrictions are in line with the societal objectives taken by the government i.e. to create deterrence in the minds of the violent miscreants, and facilitate the law enforcement agencies. This creates a balance between the legitimate aim of the government and the restrictions adopted to enhance it. However, the same set of measures cannot be adopted by the government for a public gathering or procession as the citizens enjoy the freedom of movement in these situations. Hence, the court declared that s.3 is devoid of a reasonable classification and the blanket measures adopted by the government fail the test of reasonable necessity. Moreover, S.5 grants excessive powers to a police officer to order the removal of facial covering on the likelihood that it would prevent identification. As the threshold is extremely subjective in nature, it could lead to unwarranted problems.

Hong Kong, through an ordinance, enacted the Bill of Rights in 1991 pursuant to International Covenant on Civil and Political Rights (ICCPR). The obligations under ICCPR remain applicable in accordance with Article 39 of Basic Law.

Article 5(1), Part I of the Bill of Rights observes:

“In the time of public emergency which threatens the life of the nation and the existence of which is officially proclaimed, measures may be taken derogating from the Bill of Rights to the extent strictly required by the exigencies of the situations, but these measures shall be in accordance with law.”

It entitles the citizens of Hong Kong the right to liberty and stipulates that no one shall be deprived of the same except in accordance with the procedure established by law (Article 5, Part II of Bill of Rights). Further, right to freedom of movement is guaranteed under Article 8. Most importantly, right to privacy from unnecessary interference of the state is guaranteed under Article 14. In that light, forceful removal of facial coverings creates multiple problems for the citizens to exercise their right to speech and expression, and movement.

The Anti-mask law not only targeted these rights but disproportionately restricted the freedom of peaceful assembly (Article 17) and association (Article 18). This is a fundamental human right protected under Article 20(1) of the Universal Declaration of Human Rights (UDHR) and Article 21 and 22 of ICCPR. Any restriction on this right (complementary to freedom of speech and expression) must be in conformity with the principles of legality and proportionality to protect national security, public safety, prevent disorder or crime, protect health or protect rights and freedoms of other people. Moreover, the excessive powers granted to police officers under S.5 of the PFCR unnecessarily interfered with the right to privacy protected under Article 12 of UDHR and Article 17 of ICCPR. The law creates a chilling effect for democracies around the globe by basically stipulating that states under the garb of emergency can arbitrarily restrict the human rights of its citizens.

A Joint Statement released under the mandate of Human Rights Council on Anti-terrorism and Sedition laws promulgated through ordinance in Hong Kong seeks to question retrospective application of these laws by the government of Hong Kong during the protests.

On 20 April, 2020, the court of final appeal partially upheld Kwok judgment declaring the ban on facial covering in a lawful situation as unconstitutional, taking into account the public health emergency declared by World Health Organization (WHO) due to the Covid-19 pandemic. The court further dismissed the statement released by the Standing Committee of the NPC that declared it an authority to decide the validity the HKSAR laws and its conformity with Basic Law.

According to Article 158, the final interpreter of the Basic Law is the NPC. However, under Article 19, the final adjudicative powers rest with the Court of Final Appeal; that means any law not in conformity with the Basic Law can be declared unconstitutional. However, this will not stop China from issuing binding interpretations. Till now, the mainland has issued more than five constitutional interpretations that had a major impact on the political system of Hong Kong. An interpretation seeking to abolish judicial review in Hong Kong is not unexpected from the mainland.

The continuous attempts at silencing pro-democratic movements, the mysterious abduction of the booksellers who have criticized China’s authoritative regime, and now, the statement by NPC calling itself the final authority in deciding the law of Hong Kong should make the international community intervene before the mainland expands its authoritarianism. Hong Kong has kept with its resistance against mainland China, often paying a high price to retain its freedoms. With constant attempts at encroachment by the Mainland, will Hong Kong agree to cede before 2047?

(This post has been authored by Gursimran Kaur Bakshi, a fourth year law student at National University of Study and Research in Law, Ranchi.)