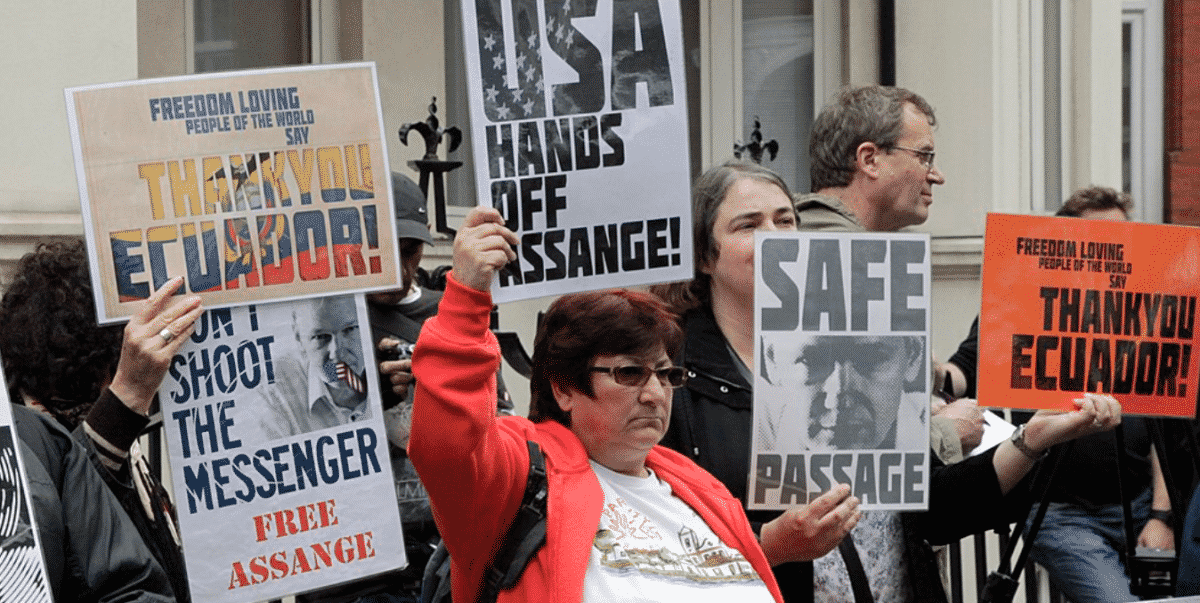 In the year 1949, Victor Raul Haya de la Torre, the leader of a political party in Peru, was granted asylum in the Columbian Embassy in Peru, after judicial proceedings were instituted against him for having organized a military rebellion in Peru. The Peruvian Government refused the request for safe passage of Haya de la Torre from the Columbian Embassy in Peru to Columbia. To resolve the issue of the legality of the asylum granted to Haya de la Torre, Columbia approached the International Court of Justice (“ICJ”). In the Colombian–Peruvian Asylum Case [(Colombia v. Peru), 1950 ICJ 266], Colombian–Peruvian Asylum Case [(Colombia v. Peru), 1950 ICJ 266] the ICJ terminated the asylum as it had been granted three months after the rebellion contrary to the Havana Convention on Asylum, 1928, which provided for urgency or persisting danger as a prerequisite to granting asylum. Interestingly, although the ICJ held that the asylum should be terminated, it did not comment on the extradition of Haya de la Torre, leaving both Columbia and Peru unsure as to whether Columbia was obliged to surrender him to the Peruvian Government.

After its rejection by the ICJ in the aforesaid case, the concept of diplomatic asylum has gradually developed in international law. It has been recognised in the Latin American countries and there are several conventions such as Havana Convention on Asylum, 1928 and Caracas Convention on Diplomatic Asylum, 1954 in place to regulate it. However, the concept has yet not received global acceptance. A relatively recent issue that has arisen because of its non-recognition is the case of Julian Assange, founder and editor-in-chief of WikiLeaks. In November 2010, Sweden issued a European Arrest Warrant against Assange for investigation into allegations of rape and sexual assault against him and requested for his extradition whilst he was staying in the U.K. Assange feared that if he submitted himself for investigation in Sweden, he would expose himself to the risk of refoulement to the U.S.A., as he had disclosed compromising information on the U.S.A. Government. The Ecuadorian Embassy in the U.K., recognizing this risk, granted him asylum. This asylum was not accepted by Sweden or the U.K. The U.K. considered itself obliged to extradite Assange to Sweden taking the stand that it is not a party to any legal instrument which required it to recognize the grant of diplomatic asylum. Owing to the deadlock among the countries, the asylum continued for about 7 years, from 2012 to 2019. The U.N. Working Group on Arbitrary Detention in its opinion dated 4 December 2015 held that the situation of Assange being subjected to extensive surveillance by the British police and other restrictions, while staying within the confines of the Ecuadorian embassy, amounted to arbitrary deprivation of liberty. The asylum granted to Assange was ultimately revoked by Ecuador in April 2019 subsequent to which he was arrested by the police authorities in the U.K. and he currently faces a risk of being extradited to the U.S.A. or Sweden.

Asylum is the protection that a State grants on its territory or in some other place under the control of its organs to a person who comes to seek it.

Territorial asylum refers to the right of States to grant asylum, in their territory, to protect individuals who face a well-founded fear of persecution in their State of nationality. The ICJ, in the past has held that granting of territorial asylum is “normal exercise of the territorial sovereignty”. Territorial asylum is regulated by the Universal Declaration of Human Rights, 1948, (“UDHR”) the Convention Relating to the Status of Refugees, 1951 and its 1967 Protocol and the UN Declaration on Territorial Asylum, 1967. Refugee is defined under Article 1 (A) of the said convention, as amended by the Protocol, as a person who:

Diplomatic asylum denotes asylum granted by a State outside its territory, particularly in its diplomatic missions, in its consulates, on board its ships in the territorial waters of another State, and also on board its aircraft and of its military or paramilitary installations in foreign territory. While several conventions regulate asylum in Latin and Central America, for the rest of the world, the concept of diplomatic asylum has not been codified.

Extradition is the official surrender of an alleged offender from justice, regardless of his or her consent, by the authorities of the State of residence to the authorities of another State for the purpose of criminal prosecution or the execution of a sentence. It is understood to be a matter of international comity; and obligation to extradite exists only where States have entered into bilateral or multilateral extradition agreements or are parties to international instruments which institute a duty to extradite with respect to specific offences. There are several instruments in force such as The Convention Relating to Extradition between Member States of the European Union (1996) and International Convention on the Suppression and Punishment of the Crime of Apartheid (1973), making extradition a universal phenomenon.

The principle of non-refoulement under Article 33(1) of the Refugee Convention prohibits extradition where it would lead to the surrender of a refugee to a country where his life, liberty or physical integrity would be in danger. It also bars extradition if, as a consequence, the refugee would face the risk of refoulement from the requesting State to a third State.

Further, Article 14 of UDHR recognizes the right to seek asylum in other countries to protect one from persecution, except in cases of prosecutions genuinely arising from non-political crimes or from acts contrary to the purposes and principles of the United Nations. Therefore, the granting of asylum is a peaceful and humanitarian act and cannot be regarded as unfriendly by another State. However, the question that still remains unanswered is, can a state protect a person by giving him refuge in the premises of one of its diplomatic missions i.e. not in its own territory but in the territory where the diplomatic mission is located? Will granting such asylum violate the territorial sovereignty of the receiving state (the state where the diplomatic mission is located)?

The principle of territorial sovereignty of a state is regarded as a fundamental axiom of international law. Diplomatic asylum takes place in derogation of the territorial sovereignty of the receiving state as it limits the State’s jurisdiction over the asylee in its territory, which is an essential attribute of State sovereignty under international law. The theory of extraterritoriality, formulated to explain why diplomatic missions do not fall under the jurisdiction of the receiving State in a similar manner as everything else, was rejected by the International Law Commission while drafting the Vienna Convention on Diplomatic Relations 1961 (“VCDR”). Therefore, the argument that the premises of a diplomatic mission form a part of the territory of the sending State, not the receiving State, and that diplomatic asylum is still provided in the “territory” of the State granting asylum holds no ground. Further Article 41 of VCDR provides that diplomatic premises may not be used for any purpose inconsistent with the exercise of diplomatic function probably precludes the grant of diplomatic asylum.

However, illegality of the grant of diplomatic asylum is based on the supposition that the VCDR lays down rigid rules as to the functions of such missions. Article III of the VCDR describing diplomatic functions is clearly not exhaustive and does not absolutely prohibit grant of asylum in embassies. The absence of a particular activity of a mission on the list does not make the activity illegal either for the purposes of the Convention or for the purposes of International Law. Moreover, Article 22 of the VCDR recognizes and emphasizes the inviolability of the premises of diplomatic missions, making it immune from any interference by the receiving state, which perhaps legitimizes the grant of diplomatic asylum.

Diplomatic Asylum interferes with territorial sovereignty but at the same time it aims at protection of human rights and freedom of a person who is accused of committing political crimes and faces imminent danger on that account. Despite being hesitant about diplomatic asylum, the U.S.A. and European States have offered sanctuary for humanitarian reasons. Diplomatic asylum has been granted in the past either on the basis of regional Latin American Conventions or where there is no agreement in place to regulate it, solely on the basis of humanitarian grounds. The instance of Julian Assange shows that the question of asylum is very much alive and that its nature and content remains controversial.

To do away with the concerns and problems that arise due to granting of diplomatic asylum in the absence of any regulating norms, it is necessary that the concept be recognized and governed by the drafting of a new convention. However, for the conclusion of such a convention, what is needed is mutual acceptance by States of diplomatic asylum. While the hesitation of States to support diplomatic asylum is not without reason, what needs to be kept in mind is that the practice of it continues regardless of the absence of agreements between States and that it is practised only to protect those accused of political crimes and not common crimes.

(This post has been authored by Raghav Ginodia and Arushi Poddar. Raghav is currently working as an associate at Meraki Chambers, Mumbai. Arushi was an associate at Federal & Co. and will soon be joining the disputes team of Cyril Amarchand Mangaldas)