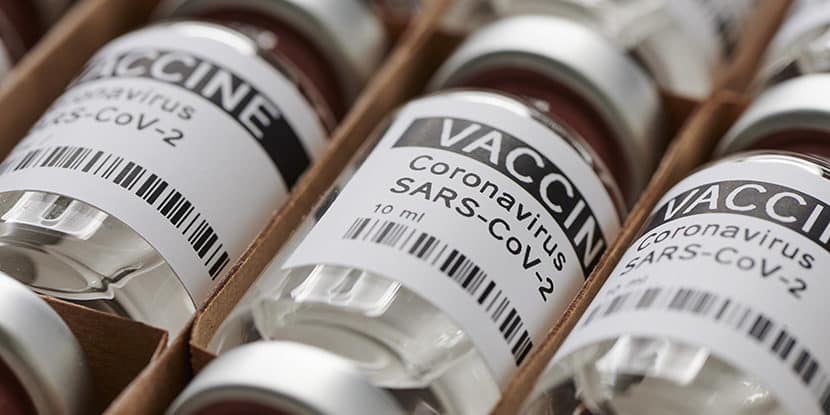 Contents hide
1 Introduction
2 The Likelihood of a Patentable New Drug/Vaccine Being Developed
3 The Need to Further Access to Healthcare
4 The Possible Way Forward
5 Conclusion
6 References:

Every pharmaceutical company is in the race for developing new drugs and vaccines for diseases. Millions and billions of money is spent on research and development (R&D) to come up with new products that are then patented. Companies do so because they want to derive large profits through sole manufacturing of their products. Patent rights, which grant exclusive manufacture and distribution rights for a certain number of years, enable this. With a patent right comes the ability to exclude others from any unauthorized use, manufacture, distribution or selling of that patented product. When it comes to the pharmaceutical industry, patent rights and the monopoly thereby granted is not as simple. Countries have always been cautious so as to not let pharmaceutical players exploit these rights in the form of ever-greening, inter alia. A major concern for developing countries like India is also ensuring public welfare, which can be ensured through pharmaceutical production. 22% of Indians still live below the poverty line. There are several others for whom costly healthcare is still a major financial burden.

It can be safely assumed that companies that invest years into R&D would try to cover their costs and at the same time earn profits, which is the ultimate motive of a business. Hence, these new medicines are bound to have relatively higher prices. This is where the difficulty arises. How does a developing country like India then ensure access to healthcare to every citizen? Needless to say, access to healthcare is a fundamental right of all the citizens of India. In fact, the courts in India have held that it is the responsibility of the government to ensure medical aid to all and work towards the general welfare of all people.

The Likelihood of a Patentable New Drug/Vaccine Being Developed

This debate is extremely important in light of the pandemic that has kept the world at standstill. The novel coronavirus has spread quickly, affecting millions of people. As of 12th May 2020, it was reported that India had 8th highest active cases worldwide. With the number of total cases at over 1.5 lakh and increasing steadily, numerous pharmaceutical companies are aiming to come up with a vaccine or a drug to prevent/treat this virus. Companies are already in the process of R&D, undertaking clinical trials to find a potential vaccine.

For instance, Gilead Science’s Remedesivir is already being used to treat patients. With countries trying to stock up the drug, prices are bound to remain high. Although Gilead has given authorization to few Indian manufacturers to manufacture Remedesivir, several generic manufacturers have called for compulsory licensing of the drug. Remedesivir is already patented in India. Another biotech company, Moderna Inc. is developing a RNA based vaccine in collaboration with the National Institute of Allergy and Infectious Diseases. Recently, the Israeli Defence Minister announced that their biological research institute had developed an antibody to coronavirus, and they are in the process of patenting it. With all the research that is currently taking place, it is likely that a vaccine or a drug may soon be developed. It is unknown whether the company or institute that develops the drug or the vaccine would apply for a patent. However, if it does, and the developed vaccine or drug fulfills the criteria of patentability, it will immediately get patent protection. Outright refusal to grant the patent is not even a remote possibility, which brings up the difficulty of ensuring that the drug/vaccine reaches the masses at minimal costs.

While it is acknowledged that the monopoly acquired through the grant of patent protection incentivizes pharmaceutical companies, it may sometimes adversely affect the ultimate stakeholder-the patients.[1] In times like these where the entire world is fighting a pandemic, this debate has become even more relevant for developing countries like India. On the one hand, there is a need to attract more R&D, while on the other hand, there is a need to ensure that healthcare is available to the poorest of people. In such situations, a delicate balance, however difficult, is often the only desirable solution. Higher costs deter maximized availability. Insurance companies that promise to cover the costs of medical treatment usually have such high premiums that certain income groups are unable to afford them, and if they do offer affordable premiums, they reduce coverage of medical treatments and disease, thus becoming counterproductive. A study published by ‘The Lancet’ stated that nearly 2.4 million people died in India in 2016 due to conditions that could have been treated, of which 1.6 million died due to poor quality of health services and the remaining due to non-utilisation of healthcare services. This shows that there is a need to improve access to healthcare by ensuring quality and affordable healthcare services to all sections of society.

This assumes primary importance in light of the novel coronavirus pandemic. The pandemic has infected people of all sections of society, some of whom cannot afford treatment. Even if the government provides treatment free of cost to some, the money is ultimately coming out of the Public Exchequer and hence cannot be a feasible long-term solution. Therefore, granting patent rights to the developer of the vaccine/drug poses the question of its accessibility to the poorer masses. While licensing of these products ensures that generic manufacturers are able to produce low cost versions of that product, there are often concerns raised as to their effectiveness and quality. Thus, patent laws should not become a barrier to ensuring that the drug or vaccine developed is available to all.

While the conventional method is to patent a drug and give licenses to generic manufacturers who then produce low-cost drugs of the same type, there lies the problem of higher royalty rates. This is not unexpected as the company developing the product would expect greater compensation of the amount and time spent by it on developing the product. This may discourage certain smaller manufacturers from procuring the license to manufacture the drug, leading to reduced availability of the possible low-cost versions of the patented drug. The supply has to keep up with the demand in order to effectively ensure access to medicines. If generic manufacturers are discouraged due to high royalty rates, the quantity of low-cost drugs thus produced will not meet the demand for it. Though it is still an option, it is not practical in the long term as access to healthcare should not be understood as being restricted only to this pandemic.

The Patents Act, 1970 provides for compulsory licensing as a remedy for situations where an invention is not satisfying the reasonable requirements of the people. Thus, it allows third parties to make and sell an innovation created by another innovator, albeit without his consent. Specifically, with respect to pharmaceuticals, it ensures access to healthcare insofar as it permits other manufacturers to make the drug at lower prices, whilst also increasing its availability. Sections 84-92 allow any interested person to apply to the Controller for compulsory licensing after a period of three years from the date of grant of patent to the inventor, if he believes that the invention needs more availability to the general public. While evaluating the application, the Controller will check whether the conditions in Section 84(6) are met: namely, that the applicant has the ability to produce the invention and has attempted to contact the patent holder for a license but has been unsuccessful.

Compulsory licensing can be extremely beneficial to ensure access to healthcare. For instance, the Bombay High Court in Bayer v. Union of India granted Natco a compulsory license over Bayer’s drug to cure kidney cancer, holding that the conditions for grant under Section 84 were satisfied. The Court emphasized on the element of ‘flexibility’ in domestic patent laws to ensure that access to healthcare was available to all. That being said, Indian Courts have also ensured that the patent holder’s rights are not diluted through such licenses, evident from the Court’s stance in Lee Pharma v. AstraZeneca. Thus, Indian Courts have sought to balance the right to innovation and access, demonstrating a prima facie positive position for the right of access to healthcare.

As mentioned above, many manufacturers have called for compulsory licensing of Remedesivir. Similarly, any new development which gets patent protection can also qualify for compulsory licensing if it meets the conditions stipulated in the Act. However, in order to obtain this, the manufacturer must show that it made efforts to obtain a license from the patentee on fair and reasonable terms, and failed. This may prove to be tricky for certain applicants and lead to delays in obtaining the compulsory license. However, this condition is not applicable to a case of national emergency or other circumstances of extreme emergency. In fact, compulsory licensing also finds international acceptance within The Agreement on Trade-Related Aspects of Intellectual Property (‘TRIPS’) Article 31. The pre-requisite of the proposed user of the patent having made attempts to secure authorization from the patent holder may also be waived on grounds like national emergency and public non-commercial use, under Article 31(b) TRIPS. Importantly, it does not list down the circumstances under which this can be invoked, and leaves the determination of ‘national emergency’ to countries themselves.

WHO has already declared the coronavirus pandemic as a global health emergency. Many countries such as Ethiopia, Japan, Spain, Italy and USA (48 states) have already declared a state of emergency. India has invoked its National Disaster Management Act in response. Section 92(3) also provides for suo-moto grant of compulsory license during emergencies including public health crisis and epidemics. Section 92A specially deals with compulsory license for export of patented pharmaceutical products in certain exceptional circumstances. Hence, the Government can invoke these provisions and balance the interest of all stakeholders by ensuring that royalties are fixed at reasonable rates such that the patentee as well as the generic manufacturer is not disincentivized.

In light of the pandemic, several companies have on their own volition waived their patent rights and agreed to simplify their licenses. However, this is not a permanent solution. As has been argued by various authors, such acts are voluntary and cannot be enforced upon others. This is not a model that will be followed by every drug manufacturer in non-pandemic situations where access to healthcare remains a concern.

Access to healthcare must assume central importance in general patent discourse. The current situation has aggravated this issue and steps need to be taken to ensure that patent rights do not create a hindrance to medicine/vaccine accessibility. While the above-mentioned ways are some of the steps that can be taken in light of the current crisis, more concrete steps need to be thought of to ensure access to healthcare in normal situations. Patent rights need to be balanced with the greater purpose of public welfare, while ensuring that companies are not disincentivized from innovating.

(This post has been authored by Ira Pandya and Parina Muchhala, law students at Maharashtra National Law University, Mumbai)