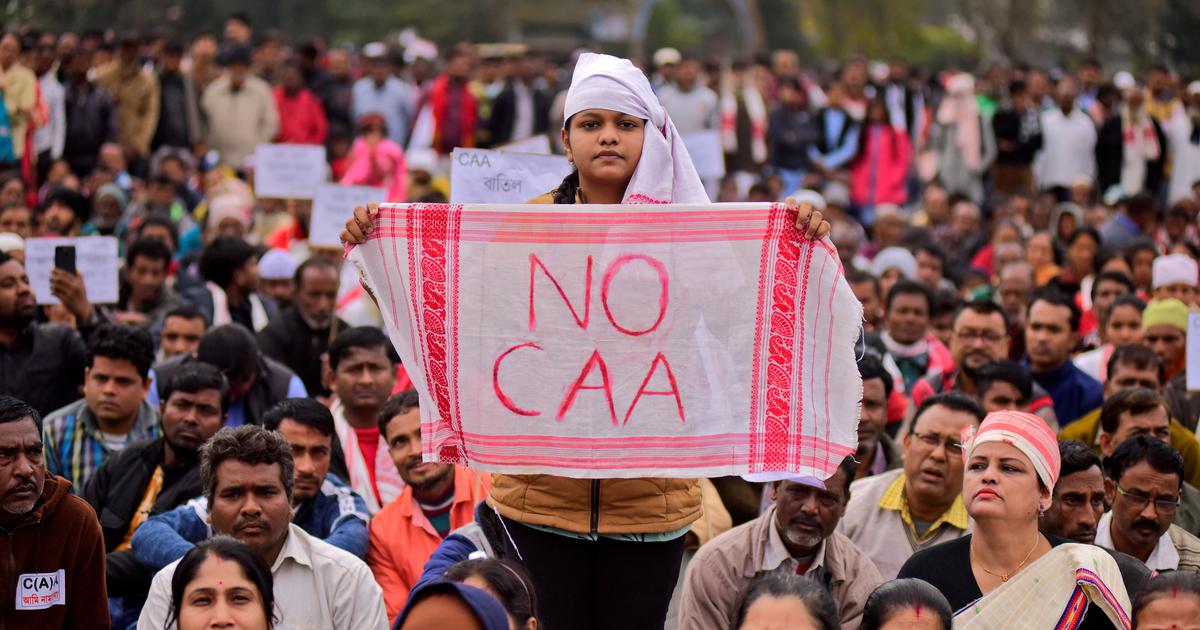 The Citizenship Amendment Act, 2019 is a unique piece of legislation. It is probably the first time that Indian Parliament has acknowledged religion as a basis to discriminate. However, much before the Citizenship Amendment Act, 2019 and the debate on the ‘chronology’ started, the Central Government in exercise of its power to issue delegated legislations has in fact been doing exactly that – identification of citizens on the basis of religion. The purpose of this blog post is to underline administrative law issues with the creeping delegated legislation, particularly since 2004, in relation to various issues concerning citizenship and determination of citizenship.

4.) The Central Government may appoint such other officers and staff as may be required to assist the Registrar General of Citizen Registration in discharging his functions and responsibilities.

5.) The procedure to be followed in compulsory registration of the citizens of India shall be such as may be prescribed.

The subsequent legislative basis (which is also not in the nature of a validating statute) would not save a piece of delegated legislation which was enacted without authority of law to create a register for Indian citizens. The Supreme Court of India has held in General Officer Commanding-in-Chief v. Subhash Chandra Yadav, (1988) 2 SCC 351, that the rule when enacted must be within the four corners of an existing law, and a subsequent legal provision enabling a rule at a later point of time will not validate a still born rule. The general rule making power under Section 18 of the Citizenship Act, 1955 would not save the NRIC Rules for the reason that rules under Section 18 can only be framed to give effect to the purpose of the Citizenship Act, 1955 – and at the relevant time issuance of identity cards was not a purpose of the Citizenship Act, 1955.

III. Issues with the Citizenship (Registration of Citizens and Issue of National Identity Cards) Rules, 2003

After K.S. Puttaswamy (Privacy-9J.) v. Union of India, (2017) 10 SCC 1, it is more pronounced than ever that in order to invade privacy (and collect personal data) principle of legality must be satisfied. In other words, there must be a law enacted by Parliament authorising proportionate collection of personal data.

However, Section 14-A of the Citizenship Act as well was NRIC Rules fail to meet this test. In exercise of its rule-making power, the Central Government has authorized Collection of personal data. Interestingly, the extent and scope of personal data is not even defined under the rules – and that has been prescribed by a “Manual” which has no statutory genesis at all.

Thus, the collection of personal data under the NPR in terms of Section 14-A of the Citizenship Act, 1955 is violative of Article 14 and Article 21 of the Constitution of India and it suffers from the vice of excessive delegation in that it does not prescribe to what extent private information of citizens shall be required and leaves it to the discretion of executive. Parliament has surrendered its wisdom to subordinate legislation which is impermissible and arbitrary. By means of NRIC Rules 2003, the Government has taken the following steps:

The NPR is capable of generating metadata and profiling and exclusion of targeted groups is a real possibility. There is a need to provide for protection from such processes and for informational privacy by means of a validly enacted “law” as well under Article 21 of the Constitution of India.

One can consider the recent ruling of Kenyan High Court which has disallowed the Government from proceedings further with its universal ID program until an “appropriate and comprehensive regulatory framework” is put in place that would protect the personal data it collects and safeguard minorities from discrimination.

(A TCLF Board of Advisors’ member, Talha Abdul Rahman is an Advocate on Record at the Supreme Court of India)

This article first appeared on Admin Law Blog on 26th March, 2020.
The original article can be accessed by clicking here.