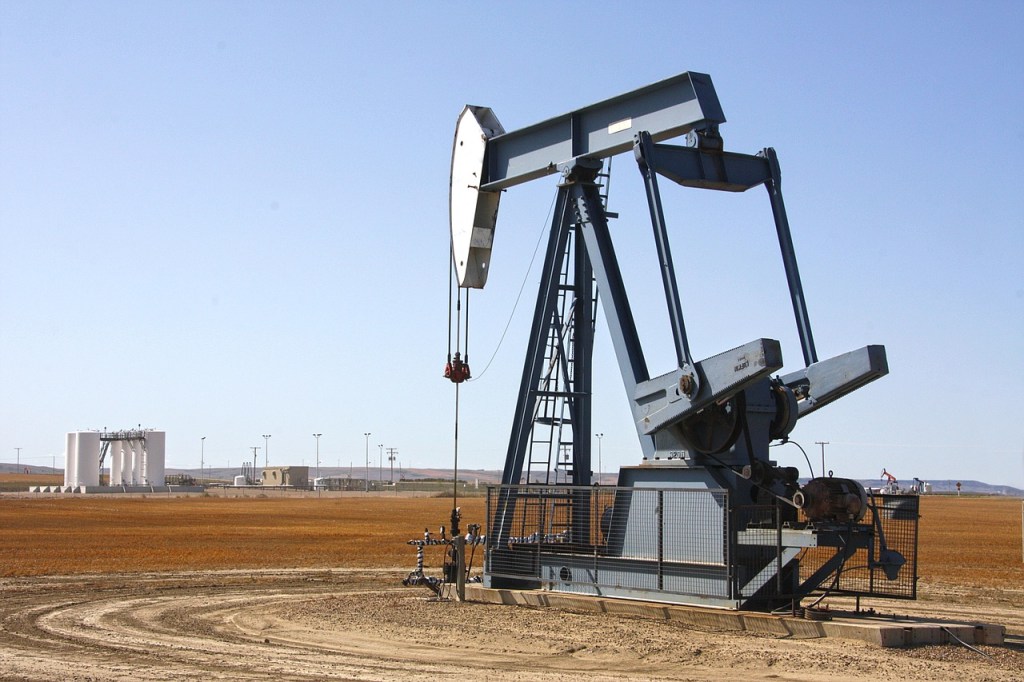 The Oil Industry, once highly productive and lucrative, has taken an unprecedented hit due to the COVID-19 pandemic. Much like various other sectors, the oil industry has been handling loss on an international scale. In order to ensure recovery of profits, the Central Government has appointed a six-member panel to review existing Production Sharing Contracts (‘PSC’) between the contractors and the Government. This initiative will be carried out under the purview of the Ministry of Petroleum and Natural Gas. Its main objective would be to suggest changes to the execution of PSCs in order to augment domestic crude oil and natural gas profit, and increase production from PSCs, which has now plummeted to a 30% share of domestic oil and 20% of natural gas.

PSC’s are essentially agreements between a mining corporation and the government of a host country, made for exploration and production activities relating to the hydrocarbon industry. The PSC’s between the Indian Government and the contractors were agreed upon under the New Exploration and Licensing Policy (‘NELP’), which was introduced in 1997. Since then a total of 310 contracts have received the sanction of the Government, out of which 106 are currently operational, and about 33 are producing oil and gas. These undertakings are composed of 29 discovered fields, 28 exploration blocks under pre-NELP Exploration Blocks, and 254 blocks under the NELP regime, which ended in 2016. The PSC on behalf of India is entered in the name of the President of India, who is represented by an official from the Ministry of Petroleum and Natural Gas.

What are Production Sharing Contracts?

Production Sharing Contracts are agreements negotiated between a contractor and the Government (or a national oil company acting as the agent of the Government), and relate to the hydrocarbon industry. Under such a contract, the contractor has to bear all exploration risks, production costs, and development costs in return for his or her stipulated share of profit resulting from the undertaking. The costs incurred by the contractor are recoverable in case of the commercial viability of the discovery. Therefore, PSC can be considered to be a fiscal regime existing in the exploration and production of hydrocarbons.

While the first instance of a PSC can be traced back to Bolivia in the early 1950s, they were first implemented in Indonesia in the 1960s. Nowadays, they are often implemented in the Middle East and Central Asia. The Indian Model of Production Sharing Contract was executed under the NELP in 1997. It is also applicable to any offshore activities that involve the exploration and production of hydrocarbons. This policy initiated the complete deregulation of the upstream sector in India and thus renewed the interest of various national and international players. This policy was discontinued in 2016 and replaced with Hydrocarbon Exploration Licensing Policy, which favors Revenue Sharing Contracts.

This policy was launched by the Central Government in 1997 and laid out the new fiscal model for exploration and production of hydrocarbons. It was formulated in collaboration with the Directorate General of Hydrocarbons as the nodal agency, to provide a level playing field for both the public and private sector companies in procurement and to license hydrocarbons.

Since then, licenses for research were being sanctioned only through a competitive bidding system, and the National Oil Corporations were required to compete on an equal footing with other domestic and foreign companies to secure exploration licenses. This law significantly boosted the activities in the Exploration and Production (‘E&P’) sector, opened up the industry to private and foreign investment with access to 100% Foreign Direct Investment.

The Model Production Sharing Contract under NELP in India consists of 37 Articles and 9 Appendices. This standard form contract dealt with a wide variety of topics covering numerous aspects that relate to E&P activities along with any other activities that were to be undertaken after entering into the agreement once the successful allotment of the block in favor of the contractor was obtained.

Indian law on this subject is fairly comprehensible as it explains all the provisions starting from the definitions of all the terms under Article 1 to any further clarifications required, such as the duration provided resulting from the licensing deal. It even goes to the extent of elucidating upon the allocation of blocks to the contracting corporations. Furthermore, it has sections relating to government assistance, environmental protection, and national interest, which the contractors must keep in mind while implementing the project.

Significance of this development

This strategy employed by the Government seems to be the need of the hour in light of the downfall of the Oil Industry. It is extremely important to review the existing deals between the Government and corporations in order to optimise our gains from them. If the Committee is successful in achieving its goals, it would be a massive leap in the process of getting our economic progress back on track.

Furthermore, as an established custom under PSCs, the contracting party is required to pay a royalty to the host country’s government in lieu of utilising its natural resources for profit. This rule has also been laid out in the Indian model. This feature could lead to a two-fold advantage by creating an additional source of income for the government while boosting private investment in the industry simultaneously.

The Committee’s functions include proposing a strategy for increased production and exploration, along with suggesting changes required in the existing policies. The panel has members from ONGC, Oil India, directorate general of hydrocarbons, ministry of petroleum, and former DGH officials, with expertise in the hydrocarbon industry’s operational aspects. The notification that ordered the formation of the panel also emphasised that the Committee will arbitrate on any existing negotiations between the parties.

According to Mr. Dharmendra Pradhan, Minister of Petroleum and Natural Gas, the committee’s primary focus will be on some major policy reforms for domestic corporations in the Industry. The government may also choose to relieve the industry of any cess as the current policy (HELP) does not favour it. This could potentially open a window of opportunity for Indian companies to stake their claim in the upstream industry.

These efforts on behalf of the panel will hopefully result in attracting investment in E&P activities pertaining to the Oil and Natural Gas Industry. It is also important to note that such an undertaking will facilitate the time-bound resolution of disputes without resorting to the cumbersome judicial process. Alternative Dispute Resolution methods such as Arbitration, Mediation and Conciliation would be employed that would not only maintain confidentiality with respect to the terms of the contract but could potentially lead to a much more amicable solution rather than an enforced judicial order. These factors make this development a consequential as well as a controversial one.

The law in India regarding PSCs does not differ from international standards. In fact, it enables the country to liberalise the hydrocarbon industry, which provides for massive investments and revenue towards its economy. PSCs have helped several economies move on from providing exclusivity to just one company, which usually hinders international trade of minerals and, in turn, the host country’s revenues. The Oil and Natural Gas Industry in India has undergone major policy overhauls since its independence from imperialism, and it is safe to assume that these developments have been for the better.

On the other hand, one of the major reasons for the discontinuation of PSCs in India related to the structural failures that the Government faced in its implementation. In 2016, this model was replaced by a Revenue Sharing Contract model under the HELP, which provides for uniform licensing and better freedom in terms of marketing. Revenue Sharing Contracts under HELP also provided for open acreages which presented an alternative to the corporations by enabling them to select exploration blocks throughout the year without having to wait for the formal bid round from the government. Therefore, the technical difficulties such as an outdated model of PSCs and the lack of a convenient profit-sharing arrangement with the NELP licensing model were rectified, and the law on the subject matter was reintroduced.

Nevertheless, India still has PSCs in motion, which means that it has a legal obligation to fulfill them. This presented an opportunity for the Central Government to earn the most out of these ventures. Due to the COVID-19 crisis, this process has not only stopped but has led to a massive fall in the oil share price in the international market. Hence, the Central Government set up an expert committee to review the existing PSCs in the country so as to resolve disputes and help in optimising the recovery process.

One of the ways in which this could be achieved is by catering to the needs of the producers and the leaders in the industry. For instance, the Industry has reached a consensus and requested an extension on the PSCs slated for this September to the end of FY21. Other requests from the lobby relate to the withdrawal of the ceiling on gas price for deep water, ultra-deep water and high-pressure-high-temperature fields. Lastly, reduction of the GST on E&P activities to zero would also incentivize the producers to a great extent and trigger an ‘economic push’ that the Industry desperately needs.

To sum up, PSCs have contributed to the liberalisation of oil and natural gas trade which has made the competition in the market more intensive. In the Indian context, PSCs were replaced with Revenue Sharing Contracts in 2016 due to certain structural failures regarding their implementation. However, those that continue to exist remain to be fulfilled, and with the COVID-19 pandemic, the entire process has been derailed. In response to this predicament, the Central Government of India has set up a six-member committee to optimise our resources and be prepared for the future. The author believes that PSCs remain a prudent model for executing E&P activities as they represent an institutional practice tracing back two decades. Once the review process reaches completion, the suggestions and following amendments would, optimistically, lead to greater economic incentives in the industry that would attract the investment and development needed to get back on track.

(This post has been authored by Amitabh Abhijit, a first year law student at National Law Institute University, Bhopal)