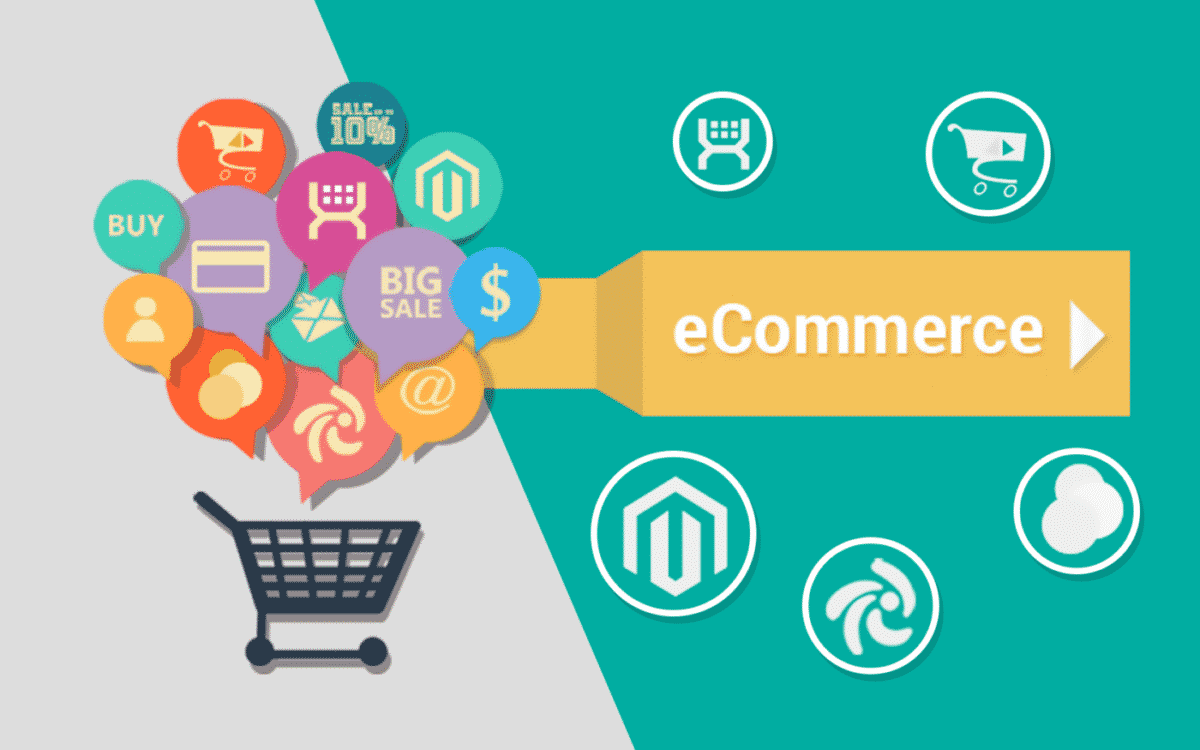 What is Platform Neutrality?

The concept of Platform Neutrality has come to light specifically with regard to the operation of certain online platforms. Wu, who coined the term ‘network neutrality’, highlighted the adverse effects of vertically integrated power in the history of the telecommunications industry, and concluded that “a strong stake in more than one layer of the industry leaves a firm in a position of inherent conflict of interest”.[1] This definition can be emulated in the field of digital platforms as well to understand the term ‘Platform Neutrality’.

Some platforms operate through a hybrid business model, wherein the one, who provides the digital platform for carrying out the sale of goods and services, connecting the service providers and the customers, simultaneously engages himself as a service provider thus creating an inherent interest. The recently released Market Study by the Competition Commission Of India enlist certain major issues which have been raised by the stakeholders with regard to the aforementioned practice; (i) the private labels introduced by the platform provider directly competing with the retailers, (ii) preferential treatment to certain sellers, (iii) the use of search algorithms and unilateral processing of data generated on the platform.

The vertical integration by expansion of business into upstream and downstream markets makes it the owner as well as a user of the platform. This creates an incentive for it to exclude other competitors on its platform which it may do by either refusing to deal with them or charging high commission rates which makes it unsustainable for the others to sell their products on the platform. The differentiated treatment by platforms, either in terms of self-preferencing or in terms of offering more favourable business terms to some than to others, raises competition concerns. The preferential treatment to a class of sellers or owning private labels amounts to exclusivity through discounting and preferential listings and leads to other competitors from being excluded and foreclosed from the market .These practices attract the violations under Section 3(4) of the Competition Act, 2002. Further, critical data and customer information collected by the platform allows it to decide, analyze and introduce only those products under its private label which are high in demand, with a marginally lower price to attract consumers, which essentially eliminates the chances of failure and eventually drives out the existing competitors. This access to customer database and its subsequent use, or rather misuse, gives a competitive edge to the platform owner as a result of being the controller of that ecosystem.

The use of search algorithms also enables the platform provider to enlist its private labels prominently and higher in the rankings. The data effect and the network effect thus arising out of the online nature of the e-commerce industry requires the accountability by the anti-trust regime.

This may amount to Abuse of Dominant position if the platform provider is dominant in its relevant market. Hence when an online platform limits choice and stifles innovation by acting as both a player and referee, thereby obtaining an unfair advantage and posing disadvantages to other players, it should face the scrutiny of the Antitrust watchdogs. But what poses a major challenge before the authorities is the delineation of relevant market in Abuse cases. Delineation of relevant market for the online sector has been a conundrum for the competition authorities worldwide and there are still no clear principles regarding the same. The authorities are required to take into account various factors while deciding whether online platforms form a separate relevant market of their own or whether they can be clubbed with the offline sector. While in some cases, the Commission has held that online and offline sectors are merely alternative channels of distribution of the same product and hence should form part of the same relevant market, there have also been instances when the authorities have taken into account the distinctive features of the online sector to classify it as a relevant market of its own.

One of the largest e-commerce platforms worldwide, Amazon has repeatedly faced the scrutiny of Antitrust authorities for its questionable market practices. Amazon started as an online bookstore but later diversified and is now an online platform for sale of varied goods including apparel, electronics etc. It has also introduced its private labels in many categories, thus assuming the role of a seller as well. Consequently, the traders on its platform are now its clients as well as competitors. Amazon has stated before the House Antitrust Sub-Committee that it uses aggregate data to introduce its own products in the market. In Germany, the Commission is investigating Amazon’s treatment of third-party retailers and whether the company uses sellers’ data to gain an advantage for the products it sells directly. Even the European Commission has opened an investigation for Amazon’s use of sensitive data gathered from the retailers operating on its platform.

Search giant Google too has faced the wrath of the Competition authorities. In 2017, the European Commission fined Google €2.42 billion for abusing its dominant position by giving its own comparison-shopping service an “illegal advantage”, and stated that Google gave “prominent placement in its search results only to its own comparison-shopping service, whilst demoting rival services”.

In case of online sale of goods, Flipkart and Amazon claim to have 60% and 30% of the market share respectively in the e-retailers market. Hence around 90% of the whole market is controlled by just two players which gives them the opportunity to coerce the small retailers to enter into unilaterally beneficial contracts. Amazon owns a substantial share of 24% in the private label Cloudtail, which is also the single largest seller on Amazon. Flipkart lends the word “Assured Seller” to the products sold by its preferred sellers while Amazon uses the term “Amazon Fulfilled” for such sellers and allegedly creates a bias in favour of these sellers to the detriment of other sellers without any rational explanation. The Competition Commission of India has now ordered a probe against Amazon and Flipkart into the alleged competition law violations.

Even in case of online food delivery services, a petition was filed before the CCI by several restaurant owners against food tech platforms alleging practices of deep discounting, using of in-house kitchens and internal sourcing model. Food aggregators like Zomato and Swiggy have entered the market with their own private labels/cloud kitchens like Swiggy’s “The Bowl Company” and “Zomato Kitchens”. It has been alleged that these private labels are showcased prominently on the food delivery platforms and there is a search ranking bias created in favor of these outlets whereas other restaurants are required to pay huge tariffs to get their products listed on these platforms.

Similar issues pervade the accommodation and hospitality sector as well. Oyo Rooms offers franchising service to hotels. While Oyo has partnered with independent hotels to work under its brand name, it has also set up its own accommodation facilities by the name of Oyo Flagships and Oyo Townhouse. This again creates a conflict in its role as merely a Franchisor. These self-owned hotels will be showcased preferentially on its website with potentially tweaked higher user ratings and reviews. It is also alleged that Make My Trip, an online travel agency also gives preferential treatment to OYO on its portal which leads to further denial of market access to other competitors.

Facing charges across many countries, Google has not been spared in India either. CCI has imposed a 136 crore fine on Google for “search bias” and abusing its dominant position as it was favouring its own services and of its partners by manually manipulating the search algorithm.

The e-commerce industry is still in its incipient stage and it is the duty of the regulating authority to maintain and promote competition in the market for its healthy development. The preferential treatment and offering of favourable terms to certain set of dealers are exclusive supply agreements which provide considerable benefits to such dealers and reeks of bias and favouritism which should be strongly discouraged.

The platform providers are leveraging their dominant position in the market to enter the market of sale of goods by introducing their private labels. The dominant players are also analysing the consumer behaviour with respect to the products being listed by other dealers to plan the introduction of new products under such private labels, overcoming the initial obstacle of sustenance of a new product in the market. In addition to this, they are posing unfair conditions on other dealers by placing their private labels higher in the order of listing. The dealers have to accept such discriminatory clauses of provision of consumer data to the platform provider due to unavailability of alternative platforms to sell their products.

The platform providers are using their superior financial strength in the market to carry out such practices which will drive out the existing small players and further create entry barriers in the market. These are warning signs as the offline markets are diminishing slowly, and considering the abusive practices being undertaken by the dominant players, there is an urgent need to uphold neutrality of marketplace as a core principle of Antitrust law to protect the competitive forces in the market.

It is evident that the dual role played by the digital platforms amounts to potential antitrust violations. Thus, there is an urgent need for Competition Law framework and enforcement to adapt to the peculiarities of the digital platforms and the issues that arise therein as the existing laws are inadequate to address the same. The nascent stage of online commerce in India warrants a holistic investigation so that any intervention does not stifle the growth and innovation of the industry.

Further, there lie ever growing concerns about Big Data and Privacy. Misuse of consumer database and using of pricing algorithms for collusion are some of its manifestations. Hence there is an acute need to integrate the interface between competition law, consumer protection and data protection to create a sustainable digital environment.

(This post has been authored by Sarab Lamba and Ramkrishna Panigrahi, fourth year law students at ILS Law College, Pune)